We’ve all heard, “you are what you eat.” And guess what… it’s true. The foods we eat contain nutrients AND potential toxins that contribute to our health or lack of. When we eat healthy whole foods, we provide our body with the nutrients needed to make the hormones and other chemicals that promote good health.

Chronic inflammation is the catalyst for most every disease.

Here are the foods I encourage my patients to avoid: 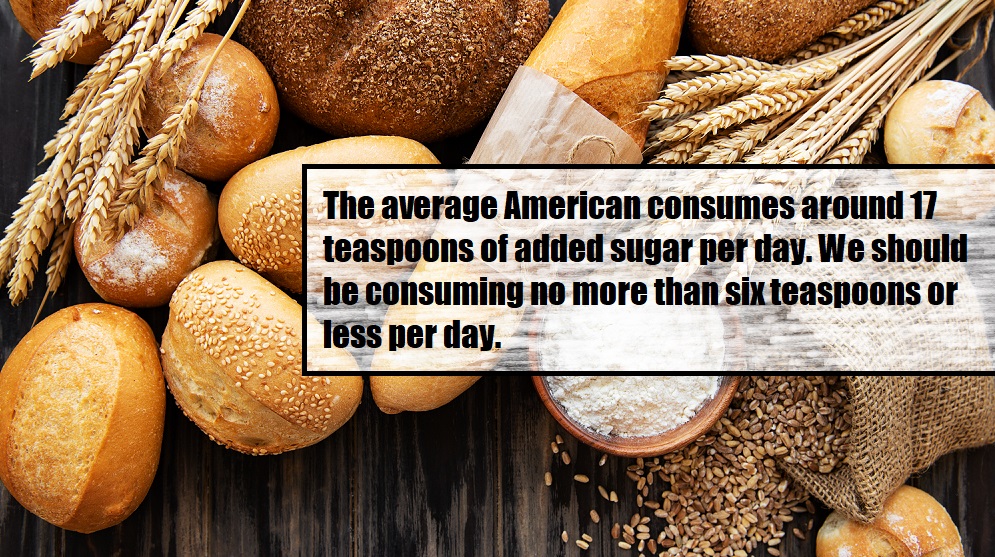 Unfortunately, most manufacturers routinely add sugar to improve the flavor of many packaged foods. Consuming too much sugar leads to chronic inflammation. Cookies, cakes, sweets, candies, and most packaged/processed foods will have added sugar.

Starches and simple sugars should be avoided or kept to a minimum, including:

When you digest something, the sugar enters your blood. Insulin then puts the sugar into your cells to give them energy. But when there’s too much sugar at one time, insulin tries to store the excess in your fat cells, causing them to get larger. Over time, research shows this can lead to weight gain or insulin resistance, which is associated with other metabolic conditions.

Disaccharides are simple carbohydrates with two interconnected sugar molecules. Sucrose (table, cane, or beet sugar) and lactose (milk) are examples of disaccharides. By the way, cow’s milk is mostly sugar. Please do not worry about the fat in milk. Skip low fat, skim milk and use real “hormone free” whole milk. 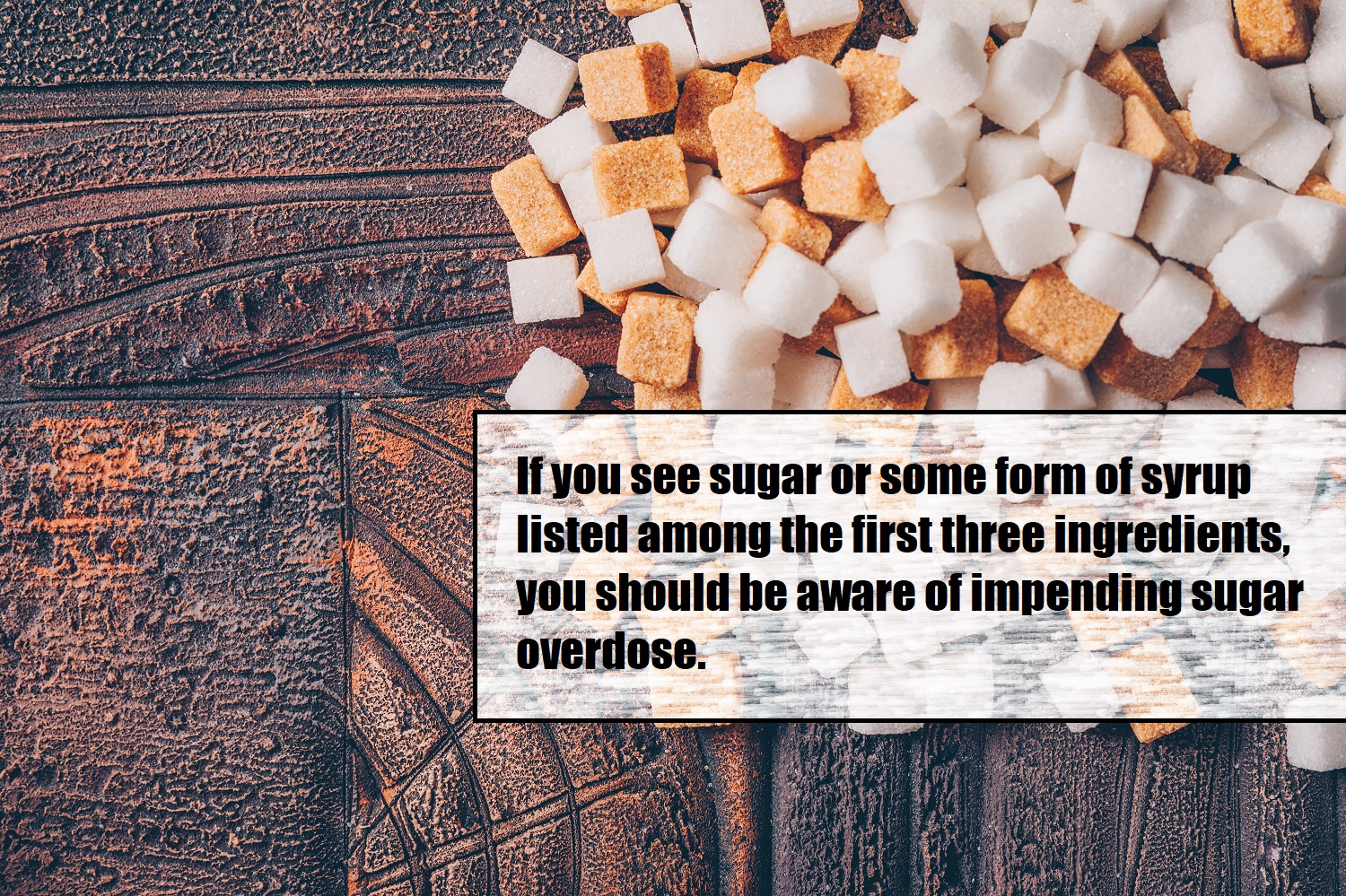 Natural sugars are usually fine. Added sugars can cause those spikes in blood sugar, triggering inflammation and weight gain. Natural sugars found in fruit and dairy contain fiber and do not typically spike your blood sugar as quickly.

Processed meats have been salted, cured, fermented, or smoked for flavor or preservation purposes. Research shows both processed and grain fed red meat products can cause inflammation.

Examples of red and processed meats include:

Studies have shown that higher intakes of these meats lead to cancer, heart disease and stroke, all of which go hand-in-hand with inflammation. 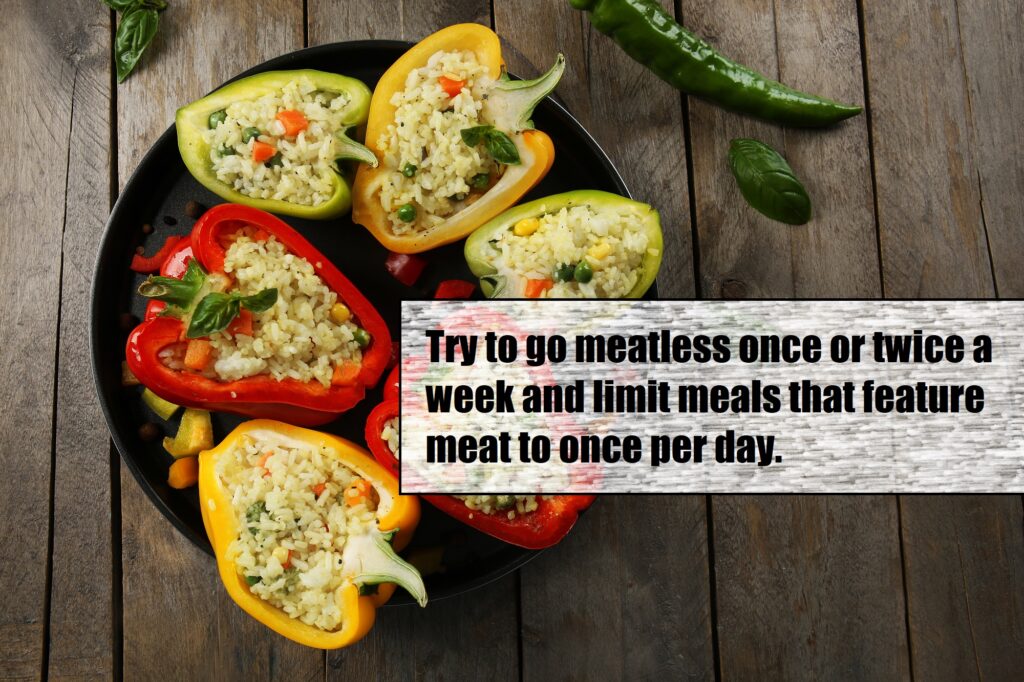 Treat meat like a side dish rather than the main course — instead, make vegetables, fruits and fiber-filled carbohydrates the main events.

Research has found that trans fats or hydrogenated oils, cause inflammation.

These oils are used as a preservative in numerous processed foods. Trans fatty acids in hydrogenated oils inhibit the production of anti- inflammatory hormones, PG-1 and PG-3.

Examples of trans fats include margarine and shortening is a classic example of a trans-fat.

While olive oil has a lot of great health benefits, it is not the best cooking oil since it deteriorates at high temperatures. It’s not good for frying. 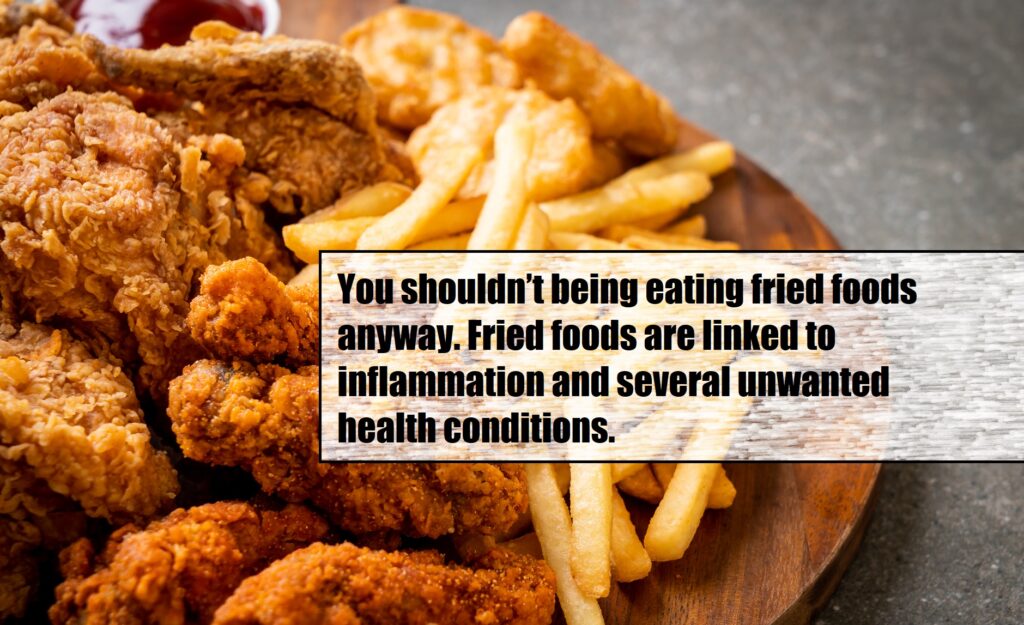 Coconut oil, on the other hand, holds up well under heat.

The contributor to inflammation in fried foods is AGE (advanced glycation end product). The more AGEs your body has in it, the higher the inflammation rate will be. Studies have shown that reducing the consumption of fried foods brings AGE levels down in people.

Omega-6 fatty acids are fats that your body uses for energy. Since your body can’t make them, you get them from the foods you eat. Grain-fed beef, poultry, and farmed fish contain excessive omega-6. These imbalances create an excess of pro-inflammatory chemicals in our diet.

Americans eat a lot of meat. In 2018, the United States Department of Agriculture projected that the average person would consume over two hundred pounds of chicken, pork, and beef by year’s end. That’s more than half a pound daily per capita, every day of the year!

A significant portion of meat consumed in Western countries comes from animals raised on unnatural, grain-based soy and or corn diets, with the addition of antibiotics and growth hormones. This approach produces meat and dairy that is significantly higher in inflammatory omega-6 fatty acids.

Research shows that the grass-fed cows had significantly higher levels of anti-inflammatory omega-3 fatty acids and less inflammation-causing omega 6 when compared to either of the grain-based feeding systems.

Foods rich in omega-6s include:

If you don’t have enough omega-3s and too many omega-6s, you create a pro-inflammatory response and consistent inflammation.

How to limit omega-6s

Advantages of Grass-Fed vs. Grain-Fed Beef

Research shows that refined carbs may cause inflammation in your body similar to too much processed sugar.

How to limit refined carbs

Substitute refined carbs with 100% whole-grain carbs like quinoa, steel cut oatmeal and brown rice. The finer in these foods take longer digest and generally won’t cause a spike in your blood sugar.

Gluten is a protein found primarily in wheat, barley and rye (most grains). Once thought to harm only individuals with celiac disease, there is more evidence showing that SOME people have inflammatory reactions to gluten. 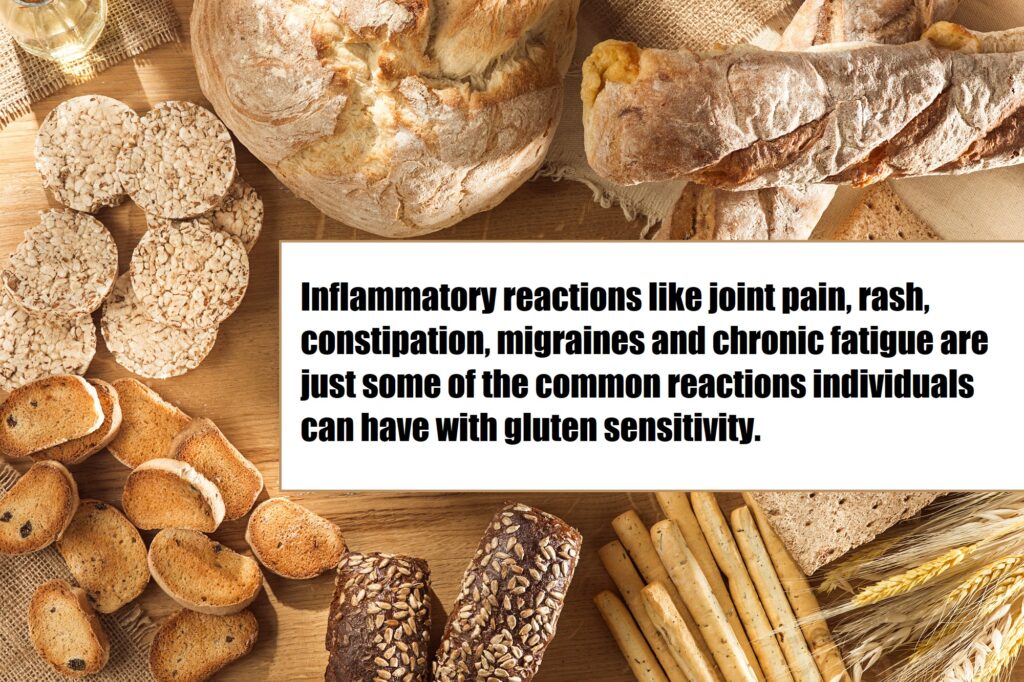 Try avoiding gluten for 4 weeks then add back and see if you have a reaction.

It has been shown that ingredients such as aspartame and MSG contain chemicals that are potentially toxic to the nervous system, however it is also seen throughout reports that these chemicals also increase inflammation and bouts of pain in people with conditions like rheumatoid arthritis.

There are over 92 documented symptoms from the use of aspartame.

Aspartame accounts for over 75 percent of the adverse reactions to food additives reported to the FDA. Many of these reactions are very serious including seizures and death. 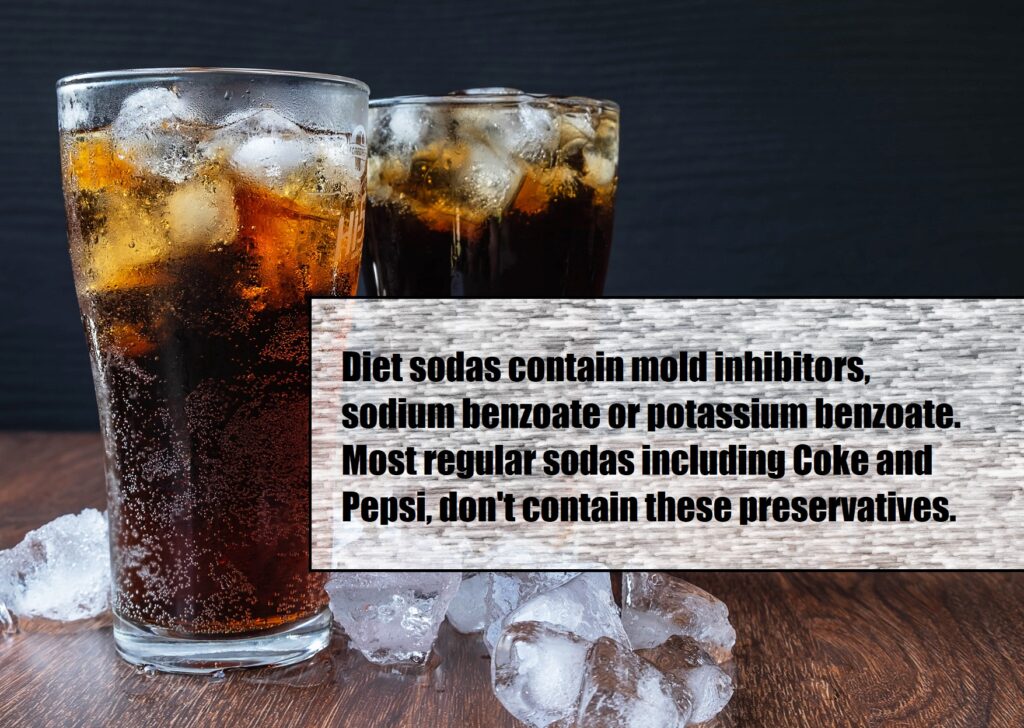 These mold inhibitors can chemicals can cause damage to DNA in mitochondria – “they knock it out altogether,” Peter Piper, a professor of molecular biology and biotechnology at the University of Sheffield in the U.K., told a British newspaper in 1999.

According to the Center for Science in the Public Interest these preservatives have also been linked to hives, asthma, and other allergic conditions.

Adding the Essential Therapeutics Inflammation Support Formula along with cleaning up your diet can dramatically reduce or eliminate chronic inflammation and improve your overall health.

A person taking NSAIDs is seven times more likely to be hospitalized for gastrointestinal adverse effects. The FDA estimates that 200,000 cases of gastric bleeding occur annually and that this leads to 10,000 to 20,000 deaths each year. NSAIDs more than double a person’s risk of developing high blood pressure, possibly leading to more medication. In one study, 41% of those who had recently started on medication to lower their blood pressure were also taking an NSAID.

And unlike NSAIDs, The Essential Therapeutics Inflammation Support Formula has no side effects. It’s safe to take daily and can be taken with prescriptions, no problem. 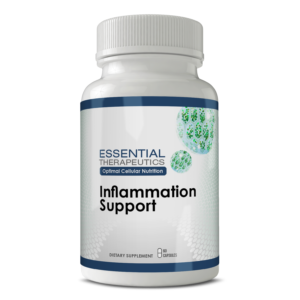 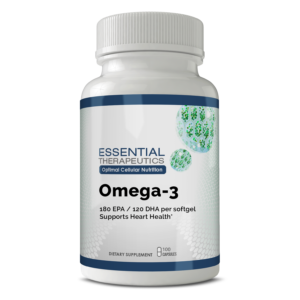 Save 15% on the Essential Therapeutics Inflammation Support Formula – use code:  INFLAMM15 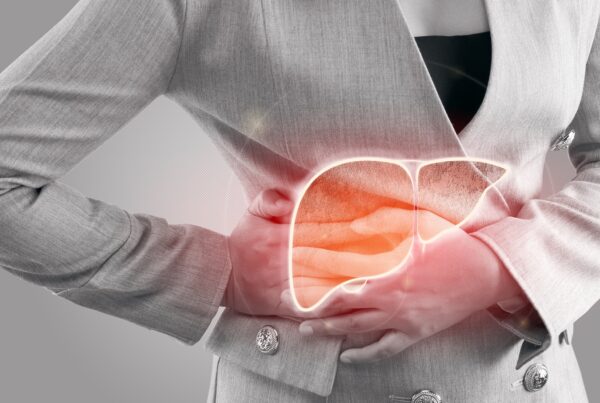 Toxins And Your Detoxification Systems: Self Help Detox Protocols 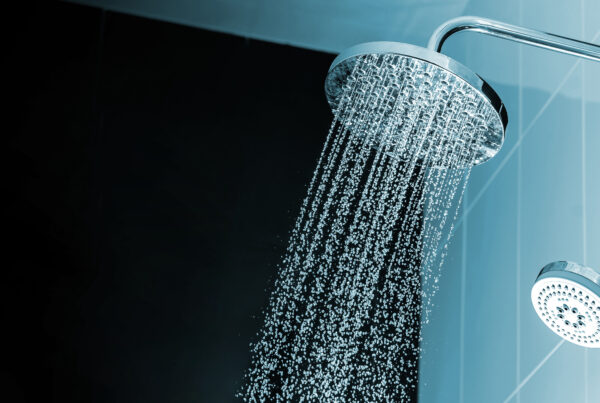 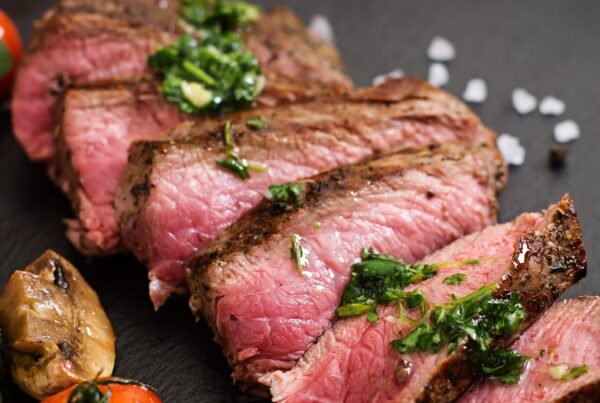 Part 4 – Which Diet Is Right For You?