The Medical Myths of Heart Disease 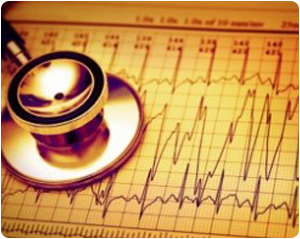 Cardiovascular disease kills almost one million Americans each year. This number accounts for 41 percent of all deaths in the United States. In fact, cardiovascular disease claims more lives than the next eight leading causes of death combined, including cancer, accidents, and AIDS. And, despite an aggressive campaign launched by the American Heart Association to counter the epidemic of heart disease, one person dies every 33 seconds. For nearly four decades, we have relied on medical myths to guide us in our attempts to prevent and treat cardiovascular disease. We have been told to reduce our cholesterol, saturated-fat intake, and to take lipid-lowering medications. Unfortunately, these recommendations have been shown to actually increase the risk of premature death, strokes, heart attacks, anxiety and depression, suicide, senile dementia, and congestive heart failure.

Medical Myth Number One
Most health organizations and the public at-large are sold on the idea that high cholesterol is the main cause of arteriosclerosis and heart disease. However, a growing body of research is dispelling this medical myth. The prestigious medical journal, The Lancet, reported in 1994 that most individuals with coronary artery disease have normal cholesterol levels! Forty percent of all heart attacks occur in individuals with normal cholesterol levels. The Journal of the American Medical Association reports that there is no evidence linking high cholesterol levels in women with heart disease. In fact, low cholesterol levels, especially after the age of forty-five, increase the risk of heart attack, stroke, depression, and early death. As reported in The Journal of Cardiology, “low cholesterol increases the risk of a heart attack.” Yes, you read this correctly. Low cholesterol increases the risk of a heart attack. To cite the medical experts from the famous Framingham study: For each 1 mg/dl drop of cholesterol, there was an 11 percent increase in coronary and total mortality (death from all sources).

Your body needs cholesterol. Cholesterol makes up eight percent of brain-matter. It is essential for proper brain function. The importance of cholesterol is far reaching. Cholesterol is the precursor to Vitamin D and other hormones that are needed for sustaining a healthy life. Cholesterol is one of the key substances at nerve synapses needed to transmit information. Cholesterol helps regulate brain chemicals known as neurotransmitters. Low cholesterol can cause depression, fatigue and neurological disorders (nerve pain, tingling, and numbness). Individuals with low cholesterol are three times more likely to suffer from depression as normal adults. The lower the cholesterol, the more severe the depression. 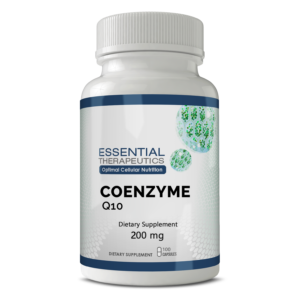 Medical Myth Number Three
Cholesterol-lowering drugs are a safe and effective way to prevent heart attacks and strokes. Over the last twenty years, the pharmaceutical companies have promoted cholesterol-lowering statin drugs with such fervor that they’ve become household names: Lipitor, Crestor, Vytorin, Zocor, and others. Sixteen million Americans take Lipitor, the most popular statin drug. Statin sales in the U.S. alone are over $12.5 billion a year.

No doubt, the statins lower cholesterol levels and perhaps do lower the risk of dying from a heart attack–at least in patients who already have had one–but the size of the effect is unimpressive. For instance, in one of the experiments, the CARE trial, the odds of escaping death from a heart attack in five years for a patient with manifest heart disease was 94.3 percent, which improved to 95.4 percent with statin treatment. This difference of 1.1 percent is surely not worth all the hype these medications have received, especially since the potential side effects from these drugs may include congestive heart failure.

The acknowledged side effects of statins include muscle pain and weakness, nerve damage, and a potentially fatal muscle-wasting disorder called rhabdomyolysis. One statin, Baycol, has been withdrawn because it was linked to 31 deaths from rhabdomyolysis. Interference with production of Co-Q10 by statin drugs is the most likely explanation. The heart is a muscle and it cannot work when deprived of the essential nutrient, Co-Q10. A deficiency of CoQ10 can lead to nerve damage and congestive heart failure.

While heart attacks have slightly declined, CHF (congestive heart failure) has more than doubled since Lipitor and other statins were first prescribed in 1987.
Taking statins for one year raised the risk of nerve damage by about 15 percent. Researchers studying CoQ10 have estimated that as little as a 25 percent reduction in bodily CoQ10 will trigger various disease processes, including high blood pressure, coronary artery disease, cancer, immune dysfunction, and fatigue.

For a more in-depth look at inflammation, arteriosclerosis, and heart disease, my book, Heart Disease: What Your Doctor Won’t Tell You, is available at Barnes and Noble or online. 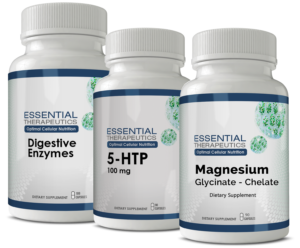